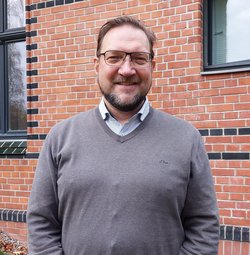 Bernd Böttcher, after working as a volunteer in Krzyżowa for one year, studied Cultural Sciences at the European University Viadrina in Frankfurt (Oder). After work experiences in Ukraine he managed an exchange of professionals between Germany, Eastern Europe and Central Asia at APOLLO e.V. He was chairman of the association until 2019. In 2016 he started coordinating the initative „Austausch macht Schule", understanding itself as a lobby for the idea of international exchange and working for better political conditions especially for the realization of school exchanges in Germany.